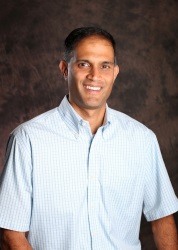 HERMITAGE, Tenn. (March 4, 2015) — March is Colorectal Cancer Awareness Month and colorectal cancer expert Raj Patil, MD, gastroenterologist at TriStar Summit, is speaking out with advice for the community on this potentially life-threatening disease.

"Colorectal cancer is the second leading cause of cancer deaths in the United States, with over 56,000 people expected to die from this disease each year," says Dr. Patil. "However, it is a preventable and very curable disease if caught early." Because there are often no symptoms when it is first developing, according to Dr. Patil, colorectal cancer can only be caught early through regular screening.

According to the American Cancer Society (ACS), the possibility of curing patients after symptoms develop is only 50%, but if colorectal cancer is found and treated at an early stage before symptoms develop, the opportunity to cure it is 80% or better. Colon cancers start as non-cancerous growths called polyps. If physicians find these polyps while they are still non-cancerous, they are removed and the cancer may be prevented.

People at increased or high risk

If you are at an increased or high risk of colorectal cancer, the ACS says you should begin colorectal cancer screening before age 50 and/or be screened more often. The following conditions make your risk higher than average:

TriStar Summit has many board certified physicians ready to serve you. If you would like to make an appointment for a colonoscopy, please call TriStar MedLine at (615) 342-1919.